So many graduations! We have had and have the privilege of raising our 3 children along with our 5 nieces & nephews. (See previous blog for that story!) We have watched 7 of our children walk down the graduation aisle. But with graduation comes the Graduation Party, right? I have put together quite a few parties in the last 6 years. So I thought I would share with you some highlights and ideas for your next party.

I like to have the graduate pick a theme. Two of my boys knew exactly what they wanted to do for their parties, but it was a little more of challenge with the other children.

What to think about when you are organizing your party:

My first child’s graduation party was a “Pool Party”, this pool party was in Oregon, and if you live in Oregon you know how unpredictable the weather is. You can count on rain, but sun is another story. So we delayed his party until August hoping for a warm party. We rented out a local community pool, and we decided on a potluck style dinner. All our friends pitched in and brought a dish. My husband set up a screen and projector to show our sons “through the years” video I created. For every graduate I create a video highlighting them from birth to the present time. We had some speakers for the video and to listen to music. I bought a bunch of waterproof disposable cameras for the guests to have fun taking photos. It was a little bit on the cold side that day but the pool was heated and the kids had a blast. 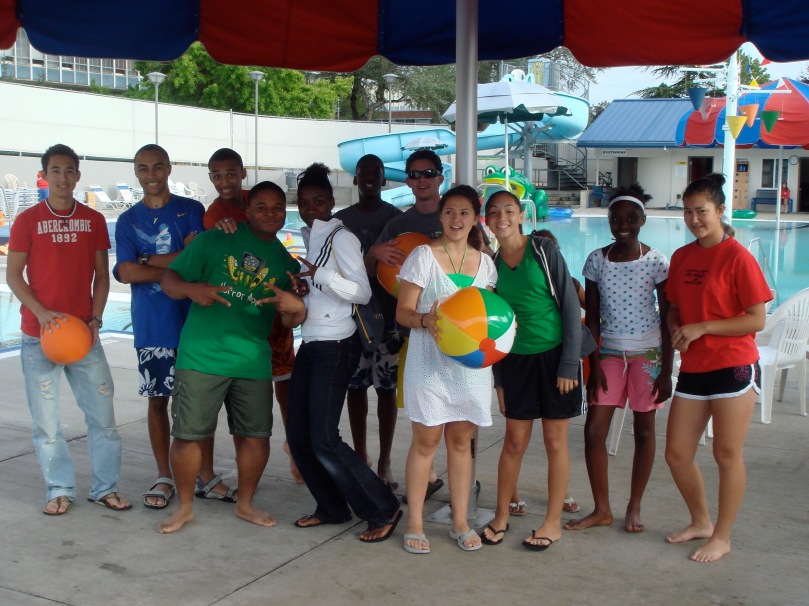 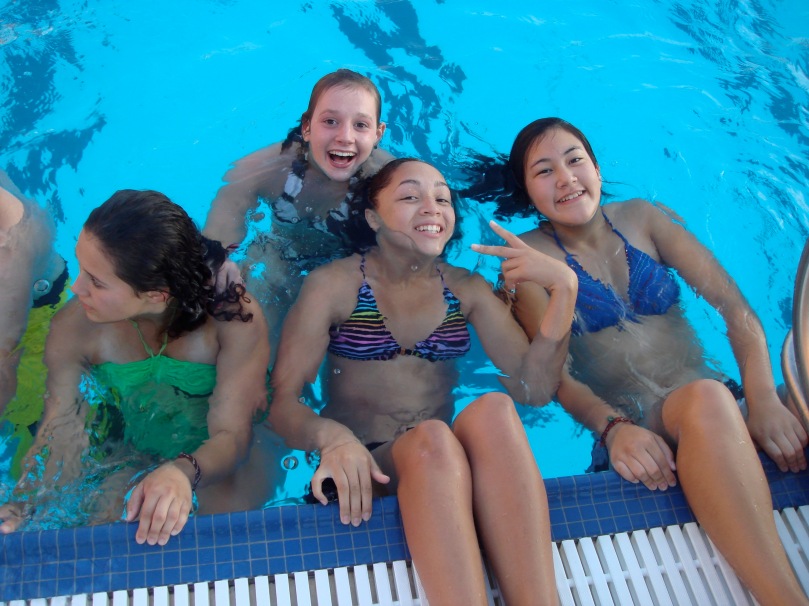 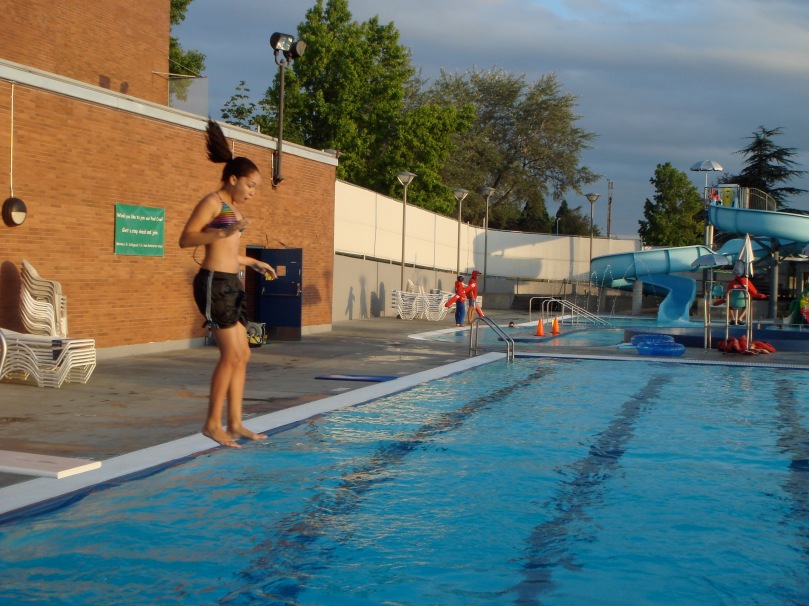 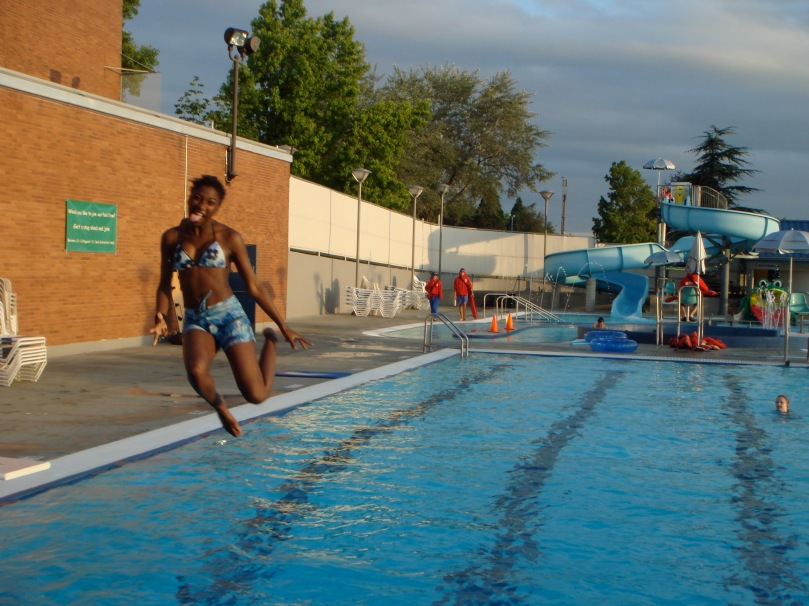 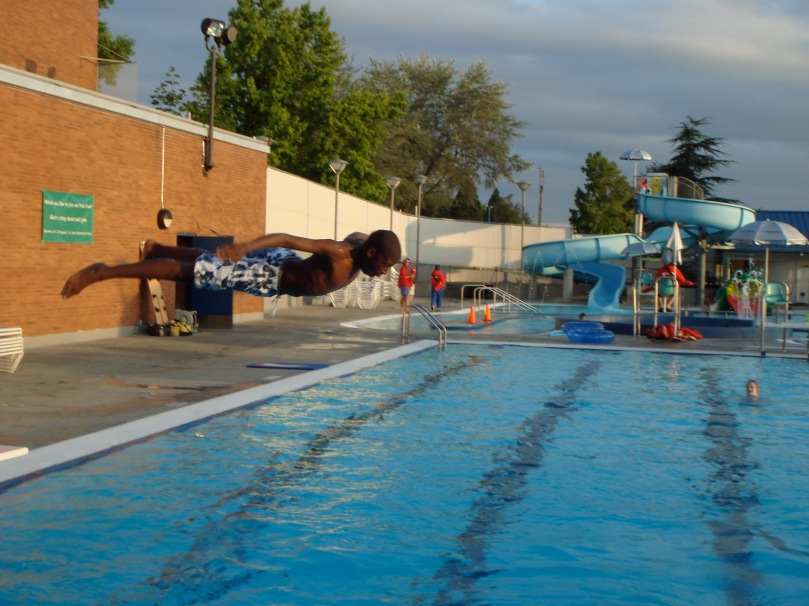 Our second son graduated in Arizona and chose skating as his theme. We rented out a local skating rink. The rink provided pizza & drinks. Dessert was Sprinkles Cupcakes at the request of our son. It was a very easy party to host and a lot of fun for everyone. 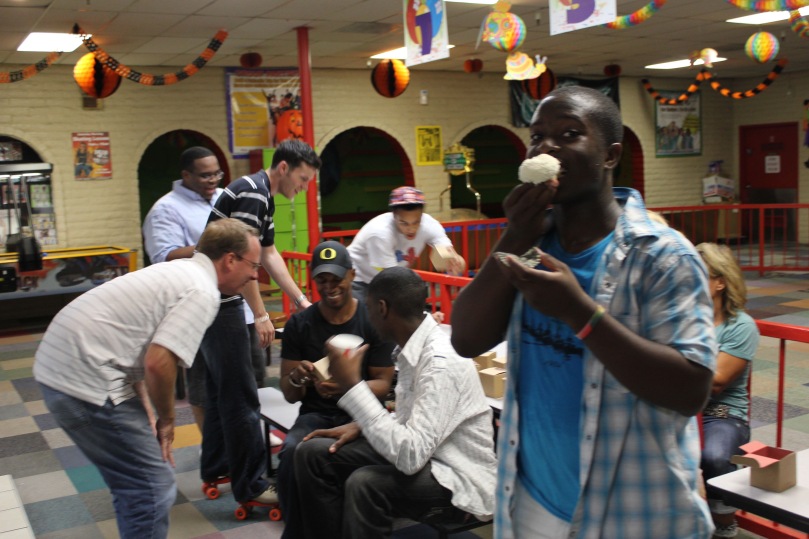 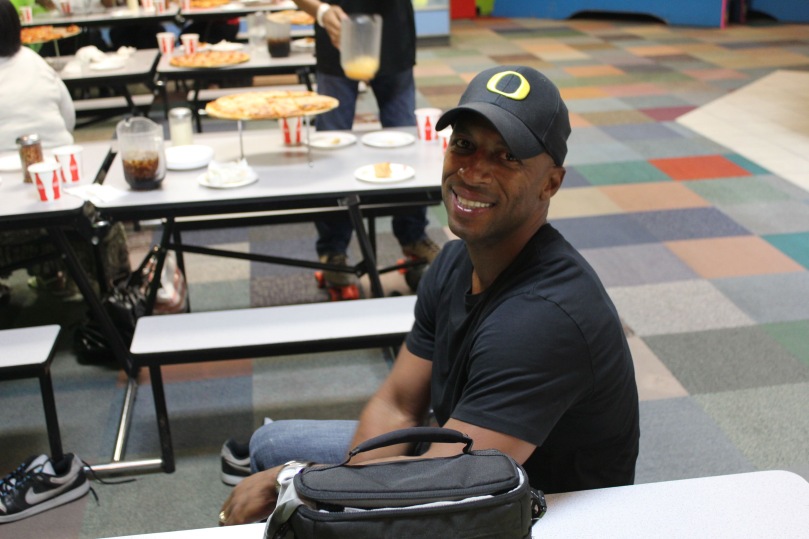 The last three parties we have hosted, have been at our home. Our niece wanted a “Pool Party”.   We dressed up the yard with tiki torches and some twinkle lights on the fence. The boys put up a volleyball net on the grass. We used the screen and projector for her video of course and we used it to watch a movie later in the evening. We BBQ’ed hamburgers & hotdogs and she requested “Nothing Bundt Cakes” for dessert. I have found that with all the other food I have to make and the party prep that getting dessert from somewhere else is not such a bad idea. 🙂 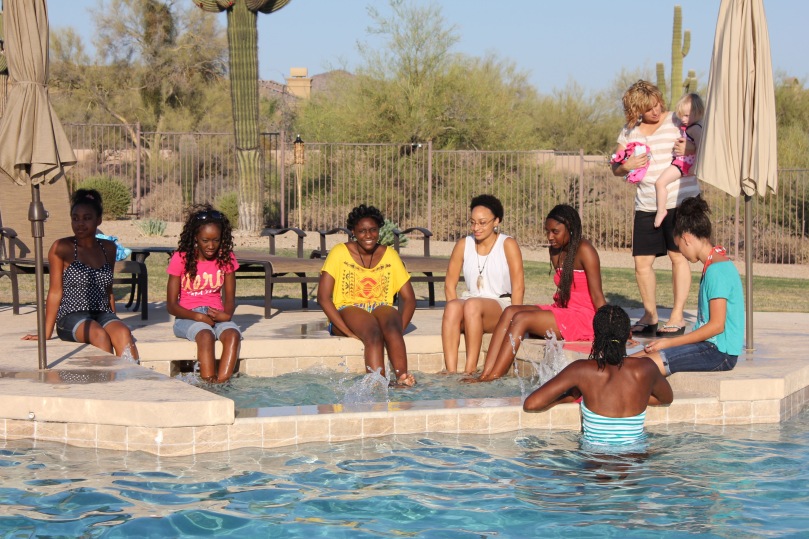 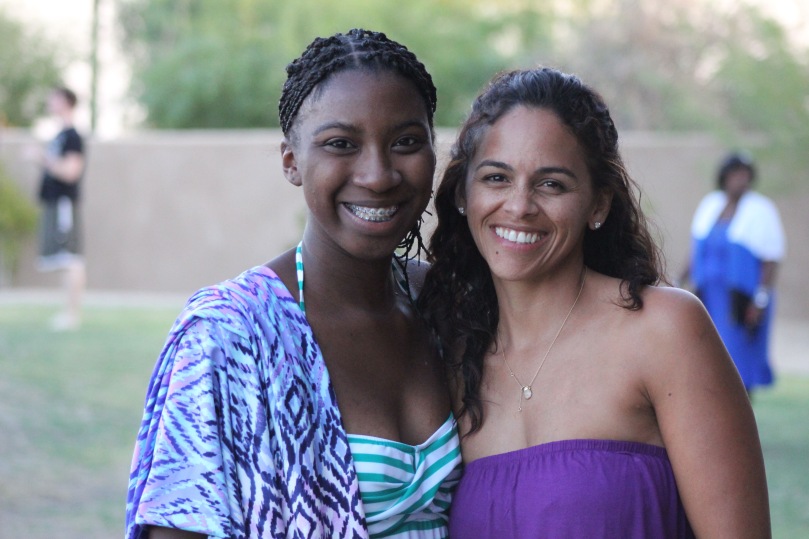 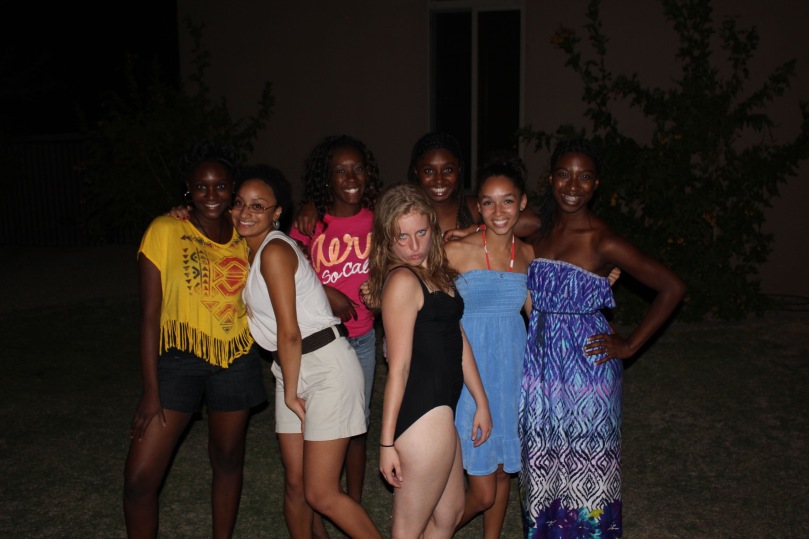 We had a year break then my daughter and nephew graduated together. After much discussion they decided on a “Carnival” theme party. A couple friends really helped me pull this one off. We made carnival games, rented a dunk tank, popcorn and cotton candy machines. We found a great idea on pinterest for a Italian soda bar. This party had everything! Our second son dressed as a clown until he was dunked in the dunk tank! We created a photo booth, had a yummy candy table and of course we had dessert and this time it was Sprinkles again. Do you see a theme here? We decorated with the Carnival theme everywhere as you will see in the pictures below. This party was definitely the most work but it was well worth it! 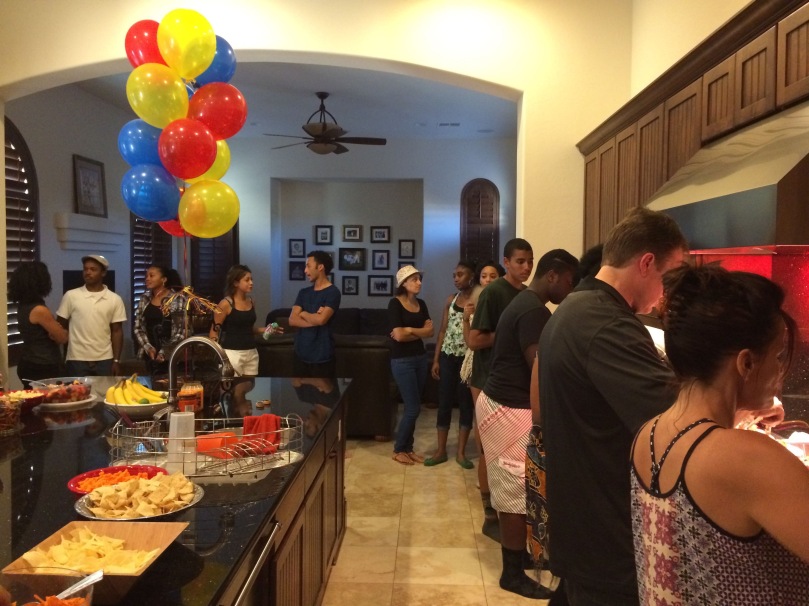 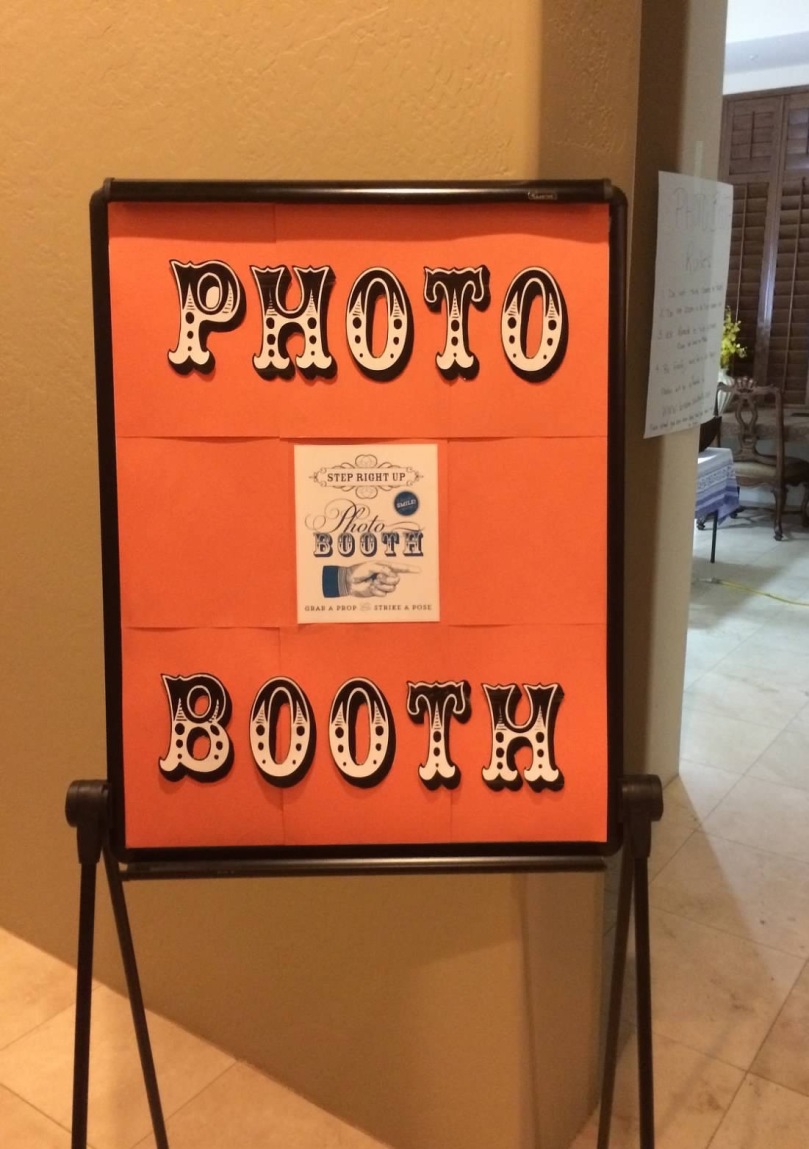 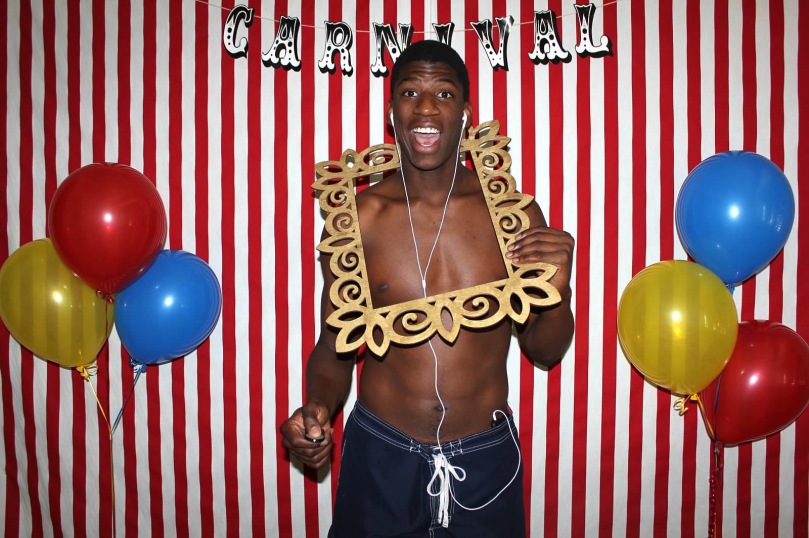 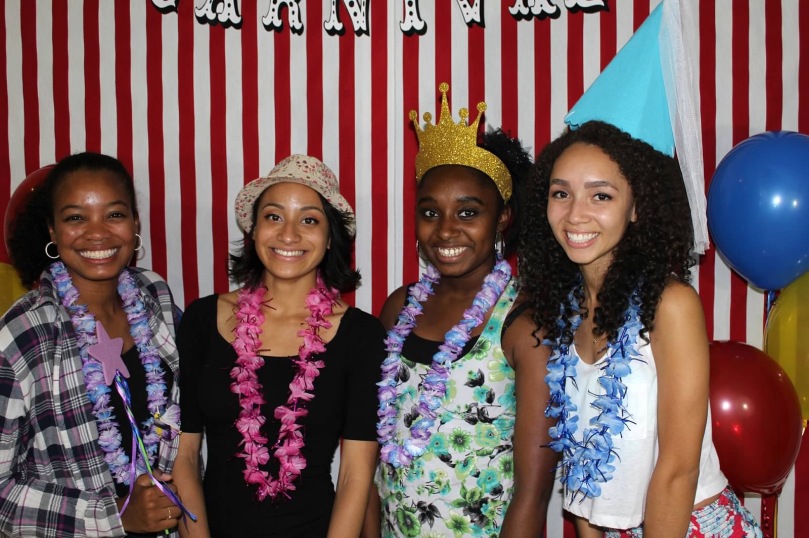 Whew! That was a lot of work and now we are to the year 2015. “Hawaiian”  was the theme for our newest graduate. We went all out for this one too. Hawaiian decorations, photo booth, candy table, pulled pork on Hawaiian rolls along with a lot of other food. Dessert was “Nothing Bundt Cake”! You can see all the decor in the pictures below. It was again a fun party filled with family and friends. 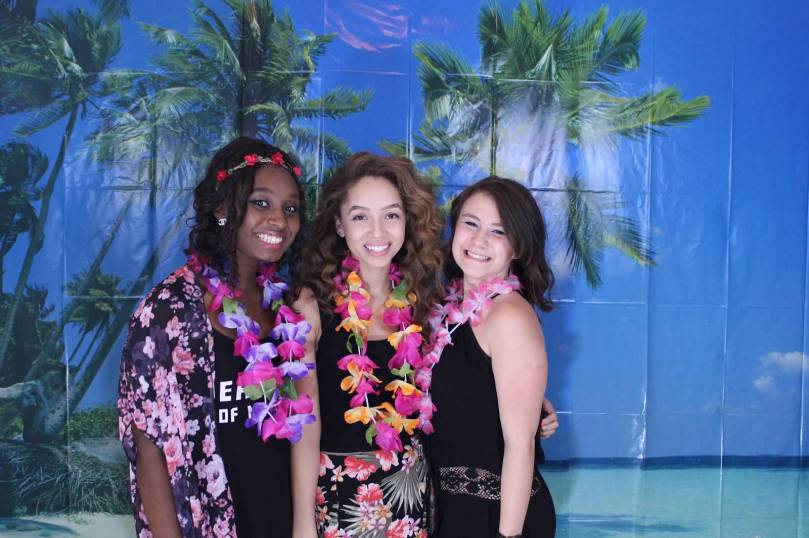 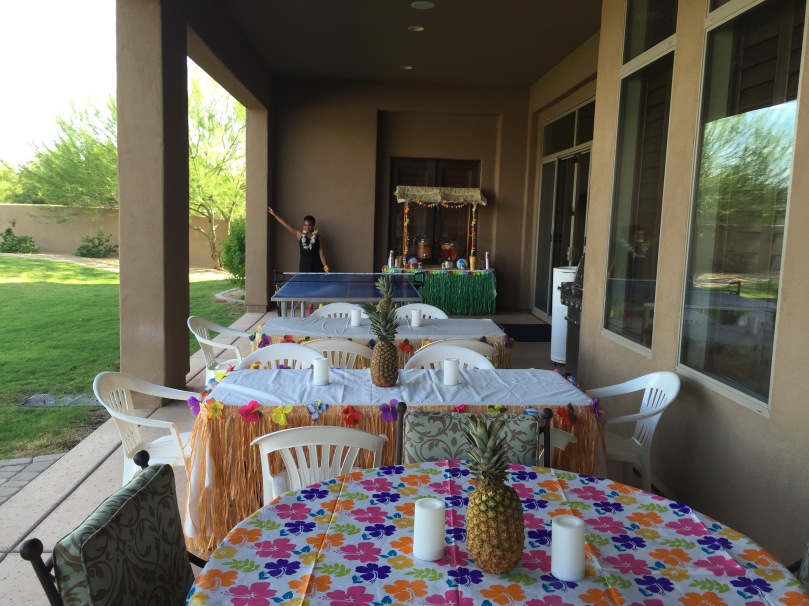 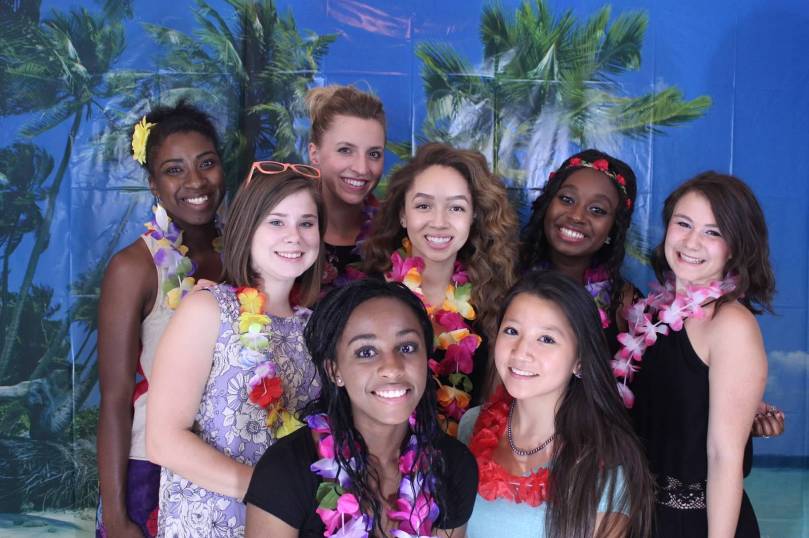 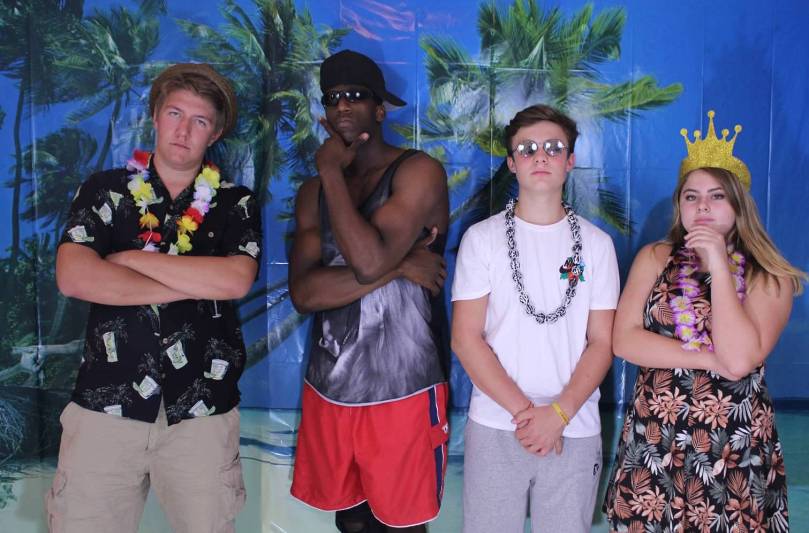 Whew, that was a lot of work and fun! We have one more child to go, but I get a 4 year break before we plan her graduation. I hope this gives you some fun ideas for your next party.

“Darling, it wouldn’t be a party without you.”
~ Unknown

2 thoughts on “How to throw a Party!”