How do you feel about being disorganized? Does disorganization stop you from being productive? Does it overwhelm you? Do you have trouble finding things in your house, in your office, garage, bathroom,closet, pantry? I can tell you living in chaos overwhelms me.

In the last nine years, my life has become pretty disorganized, overwhelmingly in fact. In 2007, we took in 5 additional children (you can read about it here). I am not saying that it is the children’s fault I have become disorganized. Yet, five extra people in the house bring a lot of extra stuff, and there are more people to organize. Sure we arranged their schedules, which included chores, school drop off and pick up, lunches and even a bathroom schedule! Despite that, things around the house got a little bit jumbled, and I became so overwhelmed by it that I shut it out or at least I tried to shut it out. I finally  decided it was time to get back to being organized.

What spurred me on was a post from a friend on Facebook. It was about how to be organized. In that post, there was a link to a video of a woman organizing another woman’s kitchen pantry. Immediately I thought, “I need this!” My pantry has caused me so much stress for so many years. Although our three children caused some chaos in the pantry, eight children took it over the edge. As many times as I would go in and straighten it up, the kids would go in there and mess it up again. They had a hard time putting items back in the right space. Our pantry was an overwhelming mess!

After watching that video I was very excited to take this project on. I looked in the pantry and thought where do I start? My pantry is huge, and there is a lot of stuff in there. 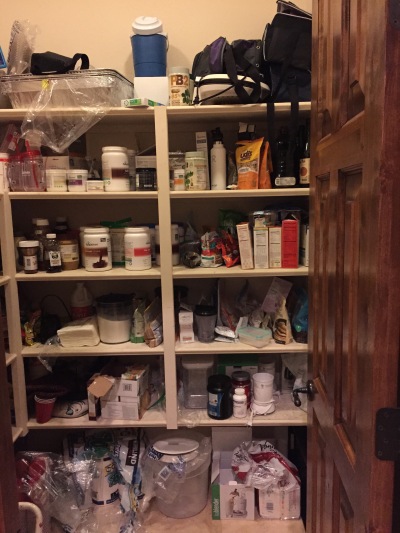 I decided I better do some research. So I began looking at other bloggers who had organized their pantry. Then, I looked at pictures of pantries online. I started to formulate ideas of how I wanted my finished pantry to look. It took me about a month to figure out how to go about it. I knew I needed baskets and containers. What type?  Did I want wicker, metal, glass, or plastic baskets and containers? I could hear my Dads voice in my head, “don’t get plastic, you need to use glass containers.” My Dad was always educating his children of the dangers of different materials and plastic I know is not the best choice to store food items. 🙂  I have kids still at home, and they tend to break a lot of dishes. So I did have to compromise and use some plastic and some glass containers.

I went to a few stores to scout out what I needed. The Container Store ended up having everything I was looking for. I wanted my pantry to not only be organized but to be something nice to look at.  When the pantry door is open, which it is always open because the kids don’t seem to know how to close it, I want to feel calm when I walk by it; I want to feel good about it. 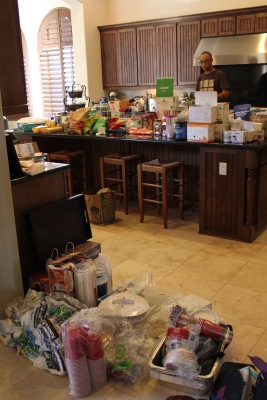 I bought rattan baskets, plastic containers for the flours and sugars and one glass container to add to the two I already had. To label my baskets and containers I used little chalkboards and chalkboard stickers with a chalkboard pen. ( I bought my labeling items on Amazon.com)

I took a Saturday to clean out and fix up my pantry. I removed all the food and other items. I realized after removing everything, I had some cleaning and painting to do. I ended up repainting the entire pantry, shelves, and walls. I then organized all the food into sections so that it was easier to put it all back together. When I finished putting my pantry together, it gave me such a feeling of peace and calmness. I walk by it now, and I love it!

Here are pictures of my finished pantry: 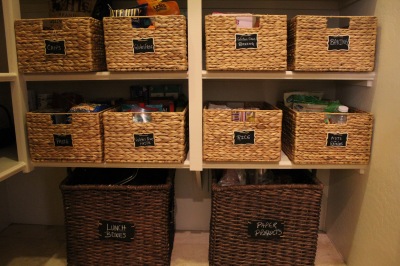 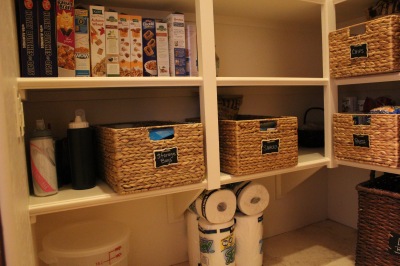 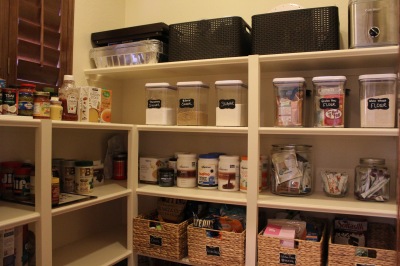 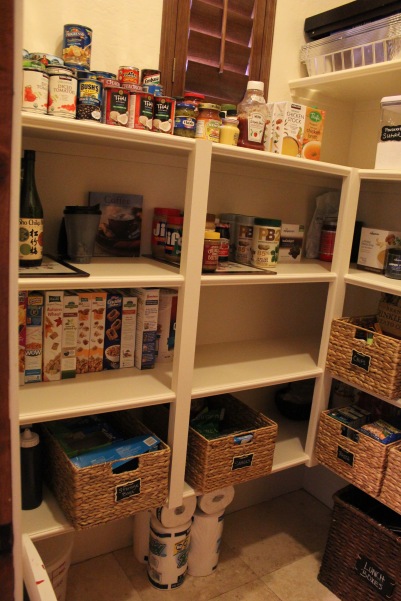 I hope you enjoyed my blog, and I hope I inspired you to tackle something in your house that is disorganized. You won’t regret the work you put in. I would love to hear about your next project, please share in the comments.

“A place for everything, and everything in its place.”
– Isabella Mary Beeton